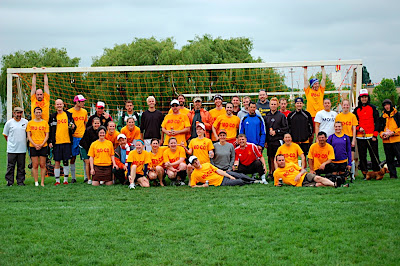 Well, it was definitely Moist over the Memorial Day. We had a great showing of ballers and their friends and family. As seems to frequently be the case, the various Moist squads had some difficulty putting the ball into the back of the net. I don’t think it’s due to any shortage of talent on the teams, probably more because all of the teams are just mixes of dudes and ladies who haven’t necessarily played together. And it actually takes some team dynamics (beyond awesomeness) to compose a nice goal-scoring opportunity. 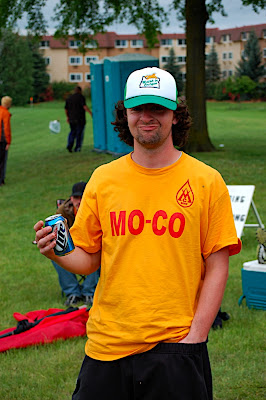 One of the hallmarks of the Moist Coalition is the hair thing. Originally it was “mustaches and mullets” but we’ve grown. We’re far more mature, and while some of us haven’t left our roots (to which I still aspire), others have skyrocketed past them.

Here are my picks for the winners of Best Face: 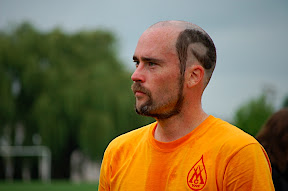 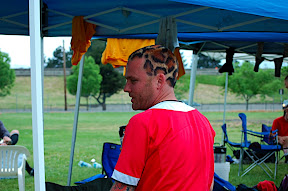 The ladies of moist, Real Moist, showed well this year. Overall they took 4th, and stayed in strong spirits after opening the tourney against two very strong teams. The women’s side of the tournament suffers because there is only one division, so there’s a broad range of talent you need to face. The ladies suffered because I lacked the foresight/abllity to specifically recruit a keeper for them. They did great and MB and Sara did a great job filling in. 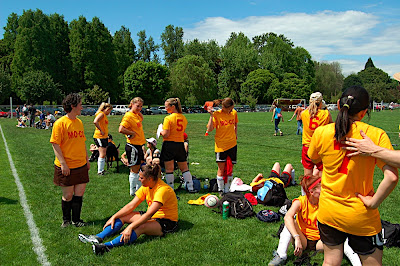 Moist United, our hero team playing D-2, scored the most goals of the tourney (for a Moist Squad). The braggart Jay pointed out that he scored more goals than my entire team 😉 I don’t hate him for that. Sadly, a bottomless supply of goals isn’t enough when your keeper and sweeper are injured, allowing a few too many goals into the wrong net. Overall, United placed 7th.

Moist ST was a solid squad. Unfortunately 500 breakaways and connected crosses don’t mean much if they all sail wide or high. They only allowed three goals throughout the tourney (regular time), but they lost on PKs at pivotal moments and ended up placing 8th.

FC Moist was the winner of the surprisingly annual Moist on Moist match, placing them into the top half of the table. As usual, this game is an exciting one, despite the lack of regulation goals. Both sides had a lot of scoring opportunities, but none were capitalized on. FC eventually won in penalty kicks, with their keeper saving two of the first five. And despite allowing 5 goals and only scoring one, FC took third in the tournament.

Virtual and real gameballs go to: Jason (FC Keeper), Greg (United keeper), Maribeth (Real keeper), and ?? from ST. We love our goalies, especially when we have trouble scoring ourselves!